Sure, we know there are probably more than ten, but we believe that you won’t be disappointed with this list of ski tours. We’ve compiled the tours (in no particular order) from our own wish lists, though we’re highlighting the areas with at least minimal infrastructure to support your trip. Ten ski expeditions to not see any evidence of humanity? That’s a noble, but entirely different list.

Why: Massive snowfall. If you haven’t caught the Japan skiing bug yet, what are you waiting for? The moisture-filled air from the South Pacific collides with Siberian cold fronts and results in over 550-inches of snow per year. Near the better-known Niseko resort area, Hakkoda-san is range comprised of eight mountains. There is a single gondola and guides are available, or you can slap on your skins and head out on your own. Cost of après-tour beer (in USD): $5.24

Why: It’s a classic for good reason. Bonus: wine and cheese. We could be contrarian and leave the Haute Route off the list, but that only serves to omit one of the most storied and gorgeous tours on the planet. Routes vary from primarily skiing to full-on winter mountaineering with mandatory roped climbs. So don’t mistake the popularity of this 6-8 day tour for ease or accessibility. Cost of après-tour beer (in USD): $6-7

Why: Because you’d live here if you could. The skiing history of Norway makes it a must for any skier anyway. For touring, the city of Sogndal is the epicenter of day-tripping at its finest. The town sits directly on the water of the fjord, yet you can still ski out your front door. A relatively stable snowpack and some of the highest peaks in Norway are right behind you. Enjoy. Cost of après-tour beer (in USD): $10.10

Why: Options, options, options. Bonus: who doesn’t want to ski in Transylvania? In the Southern Carpathian mountains, butting against Transylvania, lies the Bucegi Range. From a touring perspective, it’s an all-you-can-eat buffet. Once you reach the high plateau, you have a 360-degree choice of open mellow sweepers to steep adrenaline lines down. Cost of après-tour beer (in USD): $1.45

Why: Boatloads of snow on a “normal” year. Exquisite views. You know that feeling when you look into the distance and know that you need to ski a certain line or aspect? Now imagine if each of those lines was off the side of a free-standing, perfect triangle of a volcano pushing into sky. Scattered refugios and ample hostels make this an affordable region for travel, too. Best time of the year is typical mid-September to mid-October. Cost of après-tour beer (in USD): $2.22

Why: Everyone familiar with the area insists the Southern Alps are one of the most beautiful mountain ranges in the world. Traverse the heart of Middle Earth in a four-day trip across glaciers, mellow pistes and endless views. The New Zealand hut system is extensive, easy-to-use and highly affordable. So if planning isn’t your forte, this is a worthwhile spur-of-the-moment style tour. Cost of après-tour beer (in USD): $3.71

Why: Steeped in history and with varying degrees of luxury, this system of 34 huts links 350-miles of backcountry terrain. Between Colorado snowpack being predictably unpredictable and the popularity of the huts, most people book a single hut for a few nights as opposed to touring from place to place. Either way, you’re promised a high likelihood of Colorado’s finest attributes: solitude, blue skies and deep snow. Cost of après-tour beer (in USD): $3.75

Why: A 15-minute helicopter ride delivers you deep in the mountains. From there on out, it’s all legs and lungs. Several outfits have similar operations, so choose your poison (aka terrain). Most of these set-ups require that you travel with a guide. We’ve had our eyes on Mistaya Lodge, after several friends have reported thigh deep conditions and a candy store level of terrain choices. Bonus: this is a perfect choice for groups of varying skill levels. Cost of après-tour beer (in USD): $4.43

Why: Skiing from peak to ocean over 500-km north of the Arctic Circle. March and April are the best months for skiing, and the daylight hours in April grow longer by over four minutes every 24-hour period. We’re also willing to bet you could go for months without crossing another ski track. If you can’t make it all the way to Uummannaq, the terrain outside of the capital, Nuuk, is packed with open fields and short, fun chutes with relatively stable snowpack. Cost of après-tour beer (in USD): $10.94

Why: Did you not see March of the Penguins?  With some 20,000 tourists visiting annually, Antarctica is hardly “the last frontier.” But there is still something so untamed, so dramatic and so darn cold about the notion of it. As far as we can tell, it’s near impossible to organize this trip without hiring some kind of permitted outfitter. Two words: worth it. Cost of après-tour beer (in USD): Considering you just paid five figures to get there, you better hope the beer is included with the boat. 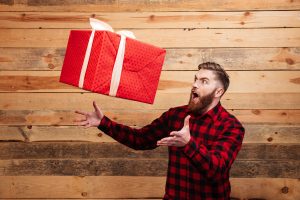 Ode to the Fleece 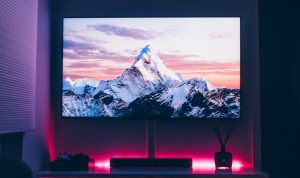 A List of The Most Iconic Outdoor Movies. Ever.

A SUP Adventure on Film