We knew we were in trouble on Sept. 12, when the rain, which had been falling without break for four days, came down even harder. From my second-story home office, I could hear the nearby creek thunder like a herd of galloping clysdales. The street outside our house morphed into a river with water reaching above the wheels of parked cars. Twitter was going mad with the hashtag #boulderflood, texts were coming in from friends whose apartments and houses flooded, and I, a Colorado native more acclimated to hot and dry weather than monsoon torrents, realized I was in the midst of something far beyond my control.

And then our house flooded, too.

It wasn’t that bad, relatively speaking. I live in southwest Boulder in a split-level ranch, and the flood forced us to rip out drenched carpet from our basement. Our couch got wet. Totally manageable.

Surrounding me, though, was devastation. Houses torn from their foundations by waves of muddy water. People buried under the rubble of their homes or swept from their cars by quick-moving waters.

The death toll from the notorious 100-year-flood that slammed Colorado’s Front Range is holding at six, so far. Thousands of people required helicopter evacuations and may not be allowed to return to their homes in the foothills for weeks because the roads going there are trashed and impassable. The mayhem in and around Boulder promises to linger. The city’s bike paths—which, thankfully, also served as flood mitigation—are closed for safety, and the streets are littered with dried mud and rocks. Important bridges are snapped in two.

The bright side, of course, is the community effort rallying behind those hit the worst. Neighbors are taking in neighbors. People are donating clothing, labor, office space, money, and more to help those in need. We are all digging deep to find reserves of patience, perseverance, and humor.

But sometimes, even funny things don’t seem funny in the aftermath of a flood. I’m thinking specifically about my friend, Kate’s, Gore-Tex jacket, which she has had since 1998, and which has been with her to Canada, Thailand, France, California, Colorado, Wyoming, and countless other destinations. This jacket lived in the basement of her Boulder home and was submerged when her basement flooded.

It really might have been the “straw that broke the camel’s back.” That jacket, already well loved, got it bad. Now it stinks, has an odd texture, and is the last thing you’d want to wear, even in a rainstorm.

But back to that community effort for a moment. Not only are locals helping out. Nationally, people have been offering assistance to those affected by the flood.

One such offer comes from the folks at Nikwax and their “Gear Rehab” program. Granted, this offer was established before the floods. But now there are probably thousands of jackets and gloves and ski pants just like Kate’s. Nikwax wants to make sure my friends and I know we can send in “flooded” gear to Nikwax U.S. headquarters, and they’ll rehab it and send it back to you for free. Check out the details here.

I’ll be the first to say that a stanky jacket is the least of most flood victims’ worries.  But restore that jacket, and there’s one less expense flooded residents have to worry about. That’s really cool. Thanks, Nikwax. Now…about my couch…  —Rachel Walker

You Don’t Need a New Jacket! 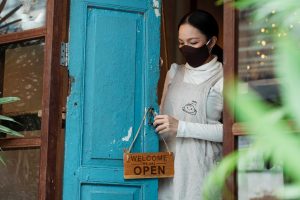 Personal Ads for Runners from the Nikwax Gazette