Skeleton is an odd sport. You can’t just go to your local sporting goods franchise and buy sport specific spikes, speed suits, sleds and helmets. So how do we athletes get our gear?

My current gear is made up almost exclusively of hand-me-downs:

The point is the gear isn’t cheap. Without this network of athletes passing down stinky old gear, I probably wouldn’t be competing. So, now it is my turn to pass down my first piece of gear – the training speed suit that has already been intimate with the sweaty flesh of several Canadian National Athletes – and myself.

When I inherited the suit, it came unwashed, smelling most foul. As disgusting as it is, I must confess I never washed it. As I prepare to pass it on, I feel it is only right that I finally give it a good wash – but what do I wash this high tech European material with?

The wash instructions, if there were any, have long since rubbed off against some Canadian athlete’s sweaty carcass as they slid down the track at 145km/hr. So, without instructions, I opted to hand wash the speed suit in a sink using Nikwax’s Tech Wash.

Here’s a quick breakdown of how it went:

I filled the sink with lukewarm water and added a little Nikwax Tech Wash. I gave the suit a quick rub down with my hands, turning it inside out to clean out the sweat deposits. I let it sit for 10-20 minutes, watching the water churn into a sweat-based soup. I then gave the suit one more rub down and emptied the sink. I rinsed the suit under the tap to wash off any excessive soap residue. Finally, I hung the suit out to dry and lost interest in the task. A couple days later I remembered and I went to see how it had all worked out.

I’m pretty stoked! The smell is gone, the stains have subsided, and if it is anything like other gear I’ve washed in Nikwax Tech Wash, it should breathe better for the next person than it did for me.

Now the only question left is who gets the speed suit? Any takers?

Matt Blair is a Canadian Skeleton Athlete training out of Whistler, the world’s fastest ice track. In his rookie season he won BC’s Tier 2 Provincial Championship. He hopes to compete with the world’s top skeleton athletes leading up to the 2018 Winter Olympics.

Five Steps to Keeping Your Kids Dry and Happy on Halloween 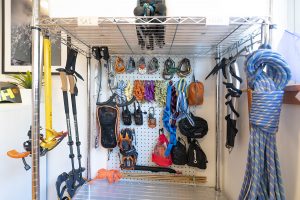 6 Tips to Organize Your Gear Storage

Hiking boots and shoes are meant to get dirty. A squeaky clean boot is a sign that your adventures are obviously not epic enough. However, in order to prolong their life, it is important to clean your hiking boots when they get dirty. Dirt and caked-on mud can prematurely dry 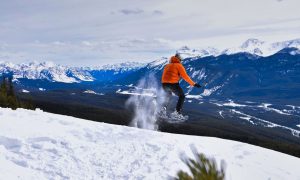 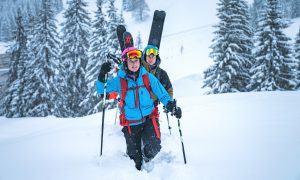 How to Clean & Re-waterproof your Ski Jacket

How to Clean & Re-waterproof your Ski Jacket

Workout from Home with Nikwax